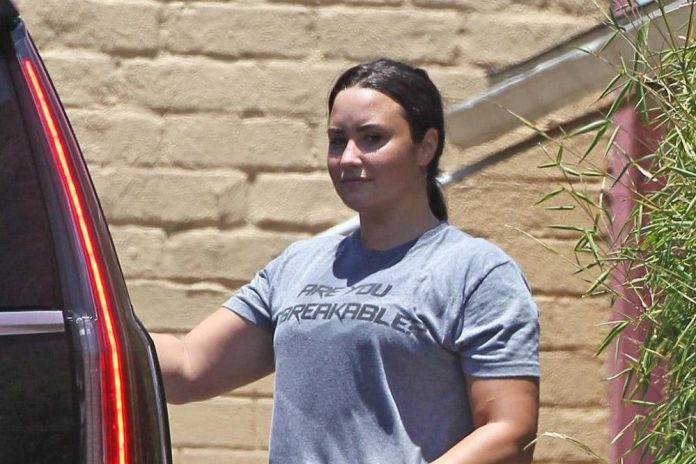 American actress and singer Demi Lovato temporarily checked out of her rehabilitation centre on August 10, 2018. The actress checked out and left for Chicago to see a specialist. Reports say that the actress and her mother landed in Chicago at 2 am local time on a private jet. More reports said that Demi will be continuing her rehabilitation with the specialist in Chicago who will focus on her mental health and sobriety.

Demi will return to the facility that she was before shortly. The actress has been in the rehab since about a week. Lovato was hospitalized in July 2018 due to an overdose after a relapse after six years of sobriety. The actress had spent many weeks in Cedars-Senai hospital in Los Angeles to recover and was accompanied by her family. Demi soon checked in to the rehab last weekend after she received encouragement from her friends and family members.

The singer has been open to her fans about her recent interaction with her relapse and revealed about it in her June single Sober. The new single has become popular on the streaming platforms and has returned to the Billboard charts after the initial news of her overdose. The singer earlier in the week announced that she would be cancelling her fall dates for the Tell Me You Love Me tour which was expected to appear in six cities in South America.

The single Sober was released on June 21, 2018 which she referred to as her truth and has discussed her struggles with addiction and sobriety. Lovato has faced an overdose several times but later it started impacting her performance while she was promoting her third studio album Unbroken. It was after her management team had expressed their intentions to leave her, Lovato agreed to get back to treatment and counseling for her addictions. Demi Lovato moved to a sober-living facility in Los Angeles with a few roommates.