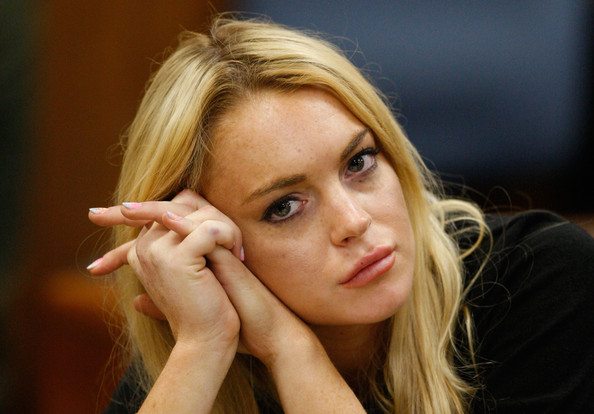 Hollywood FAQs: The celebrations for New Year’s Eve are just round the corner and all the Hollywood actors are getting engaged for the major events, but actress Lindsay Lohan has opted to keep herself away from the limelight and has turned down many lucrative offers to host the major New Year’s Eve celebrations. Lohan opted to turn down the offers in order to change her party girl image.

Lindsay has now opted to spend the night with her close friends and family at home and continue the progress she has made so far. The ‘Mean Girls’ actress is still on probation after she was convicted in a theft case. This means that the actress has also kept herself away from the six figure pay cheque. Since the theft case, Lohan has constantly been in the news.

Lohan grabbed all the attention when she posed nude for Playboy magazine’s December 2011 issue.

The pictures of the shoot were leaked on the internet even before the official launch of the magazine, due to which the launch was preponed. Lohan is now planning to spend the night of December 31, 2011t at home, but she might go out for a cozy diner with family before midnight. At present, the actress is in the process of completing 480 hours of community service, which is a part of her probation for stealing a necklace.

The actress has also been convicted for a 2007 DUI case. Earlier this month, the judge appreciated and encouraged the actress to continue the good progress. Lohan is now due on January 17 2012 for a progress report of the probation. Lohan is now all set to appear in upcoming venture ‘Mob Street’. Earlier this year, it was announced that Lohan has been roped in to act opposite John Travolta in the upcoming movie ‘Gotti’. But later the representative of the pop singer said that nothing was finalized.